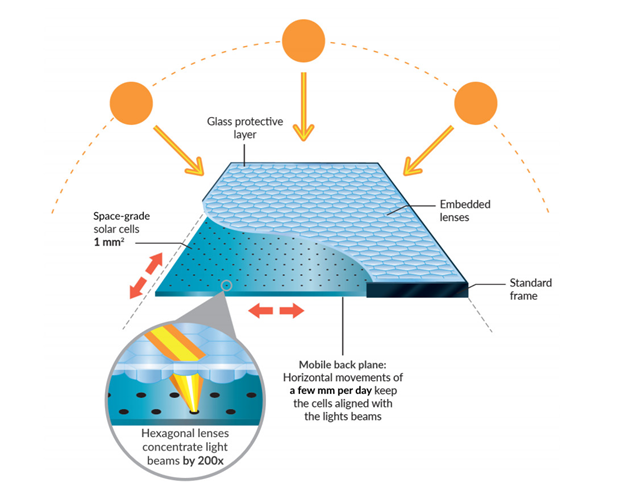 The population of the world increases day by day very rapidly due to this energy demand is also increasing. To fulfil the demands of increasing population renewable source of energy play a key role in this because it is an environmentally friendly source of energy. Easily available by our Nature. Pollution-free and clean energy. It is renewable energy produce again and again .it is not exhaustible for example solar panels help to convert solar energy into electricity. In this sun is a very important source of energy. The price of solar power has been dropping dramatically over the past decade. While the same line solar panel efficiency has been rising. If you look back you see how solar panels evolved to give the latest developments.

What is a solar panel?

Let’s start to know basically what is a solar panel?

A solar panel is an assembly of solar cells mounted in a frame. In this solar cells collect energy from sunlight and convert it into electricity. Solar cells are of silicon material which is the second abundant element on earth. Silicon is a semiconductor.

Solar panels are of solar cells. Solar cells are of silicon material in this crystalline silicon is sandwich between the conductive layers. Each silicon atom connects by four strong bonds which keep electrons in place so no current flow. In these two types of different layers of silicon are present. n-type of silicon has extra election and p-type of silicon layer has extra spaces for electron called holes.

When two types of silicon meet electrons can wonder p/n junction leaving a positive charge on one side and creating a negative charge on another side. When light from sunlight comes a flow of tiny particles photon strikes the silicon cell with the energy it knocks the electron from the bond leaving the hole negative charge electron and location of the positively charged hole is free to move. But due to the electric field at p/n junction, they will go one-way electron draws to one side while the hole to p-side. The moving electron collect by the metal fingers at the top of the cell.

Factors on which efficiency of the solar panel depends

The primary material used in the solar panel is silicon which can be made in three forms.

Today as increasing demands of energy solar panels play a tremendous role in full filling the demands of the world. It also helps in achieving dramatic achievements. Nowadays the use of this solar panel rapidly increasing all over the world because it is a renewable source of energy.

BENEFITS OF A SOLAR SMART HOME

How to Use Renewable Sources of Energy